Available for the first time on the open market, and with only two owners since its construction in 1964, the DeLeeuw Residence is a beautiful mid-century example of Leroy Young and John Remington’s architectural work.

The duo designed commercial and residential buildings in and around Los Angeles in the late-1950s and 1960s, and were commissioned by Carl M. DeLeeuw, a World War II veteran and Medal of Honor recipient, to design his family’s residence in Palos Verdes Estates.

The 2,696-square-foot, post-and-beam structure features a dramatic pitched roof and floor-to-ceiling windows that highlight sweeping views from the Hollywood sign to the ocean. 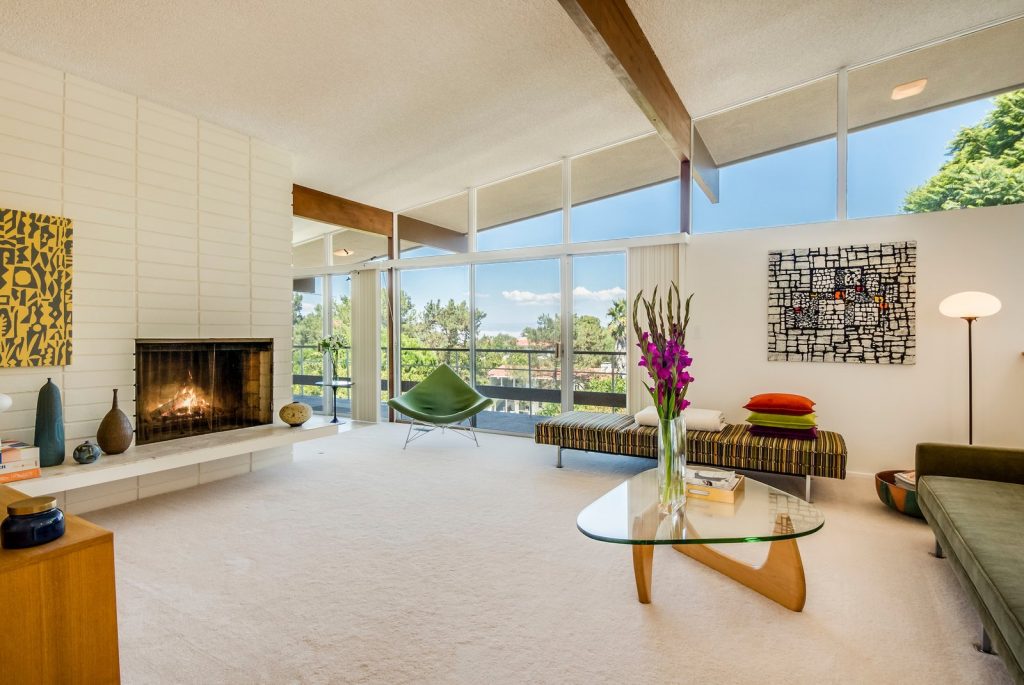 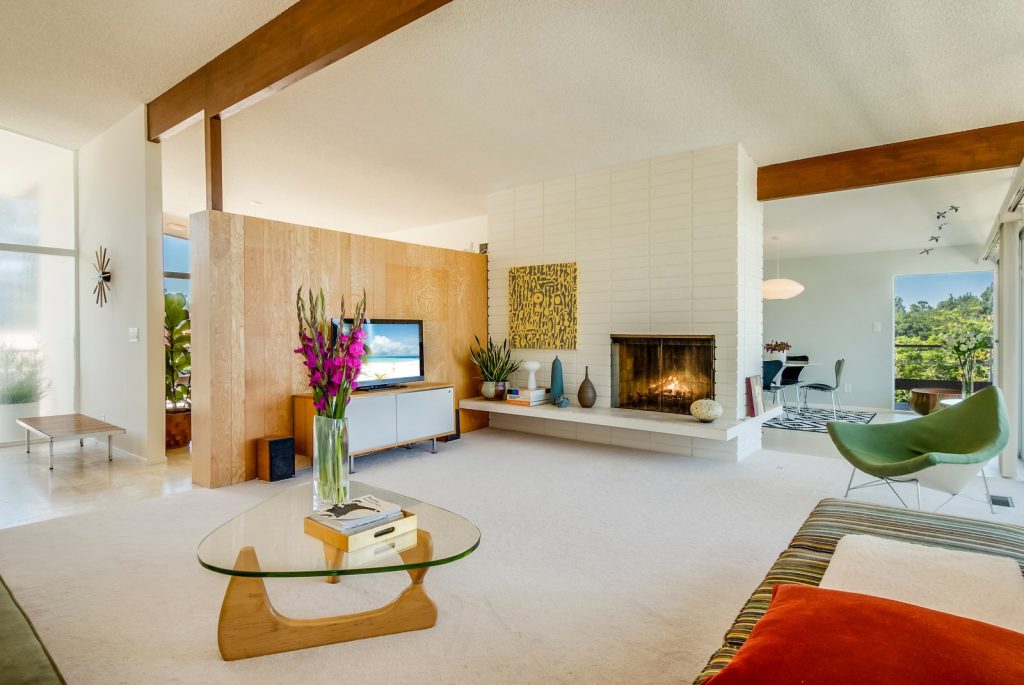 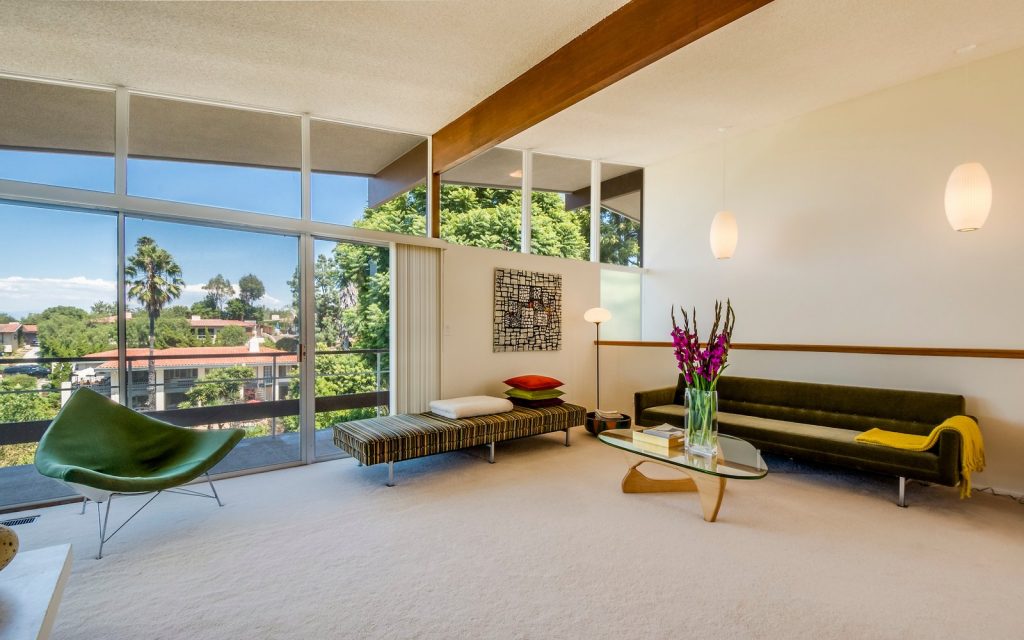 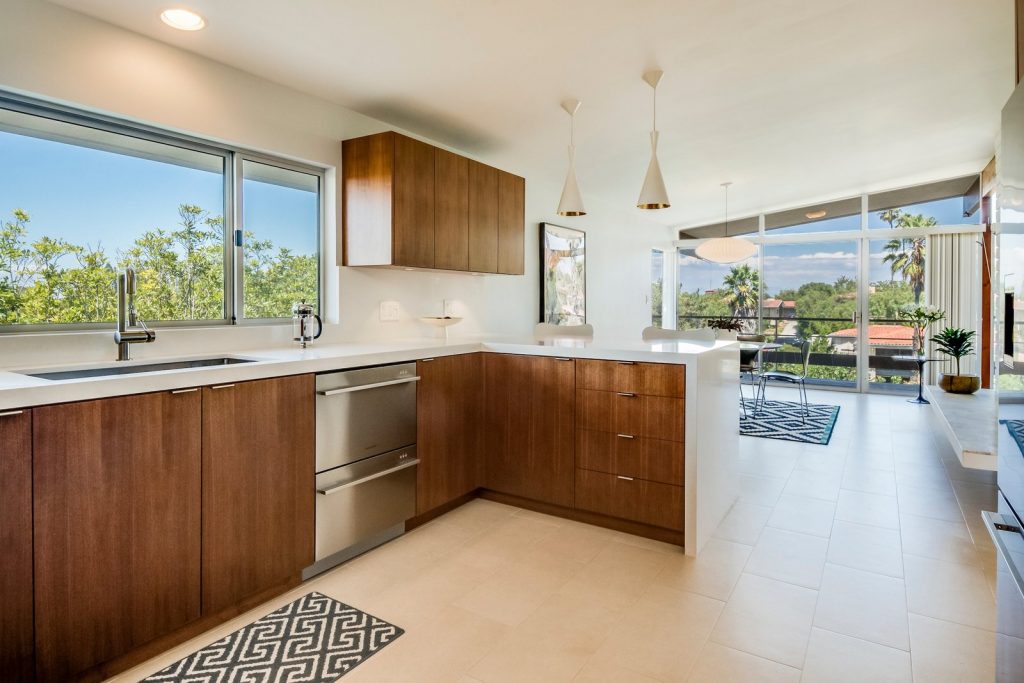 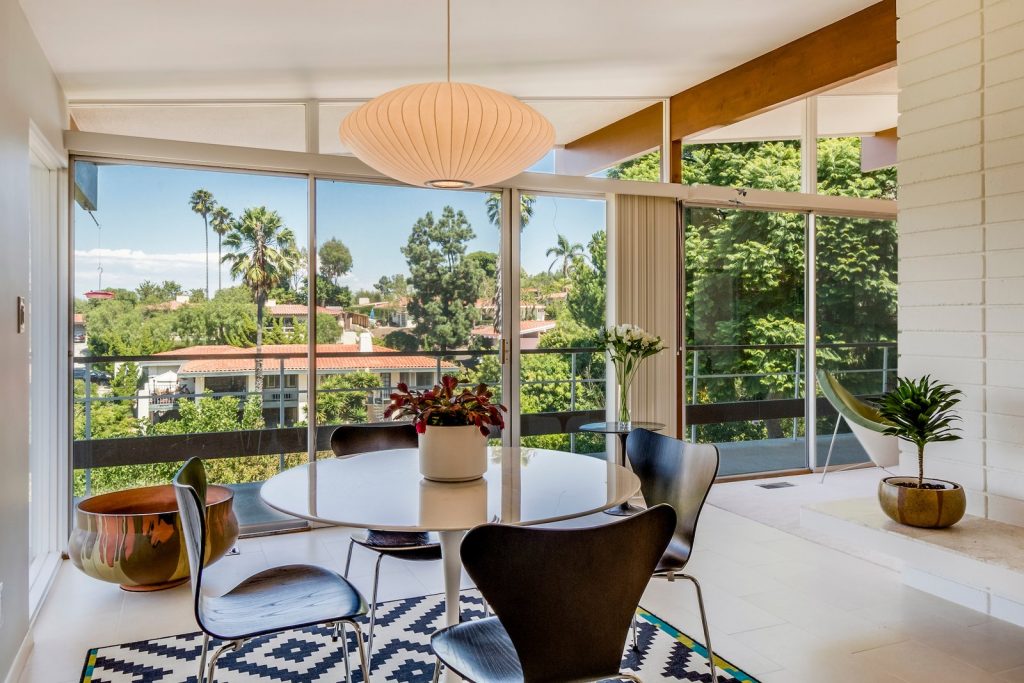 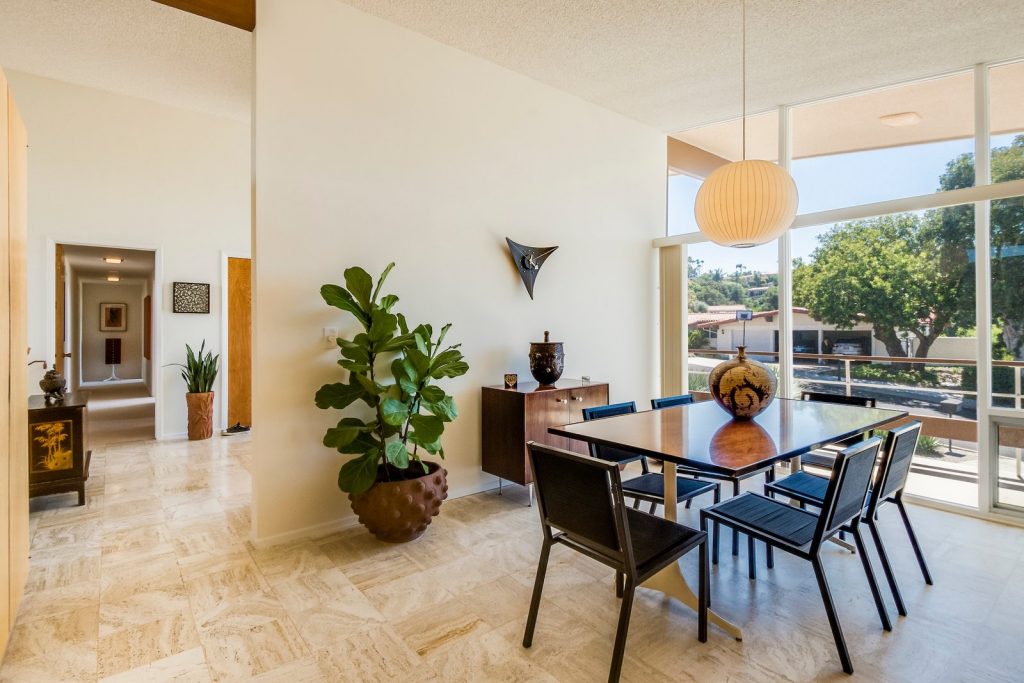 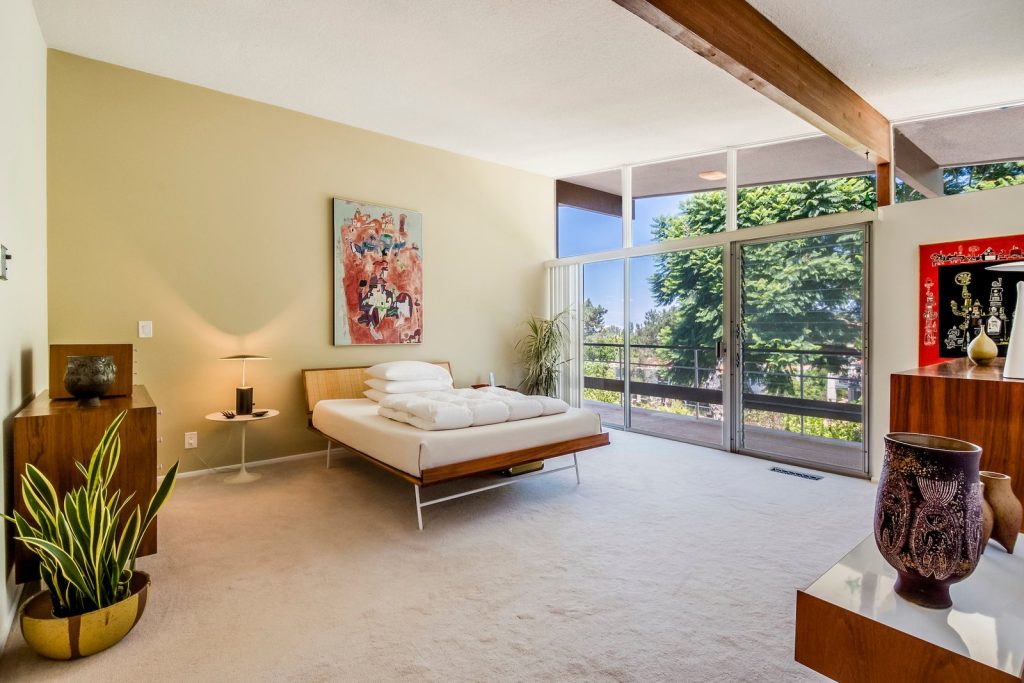 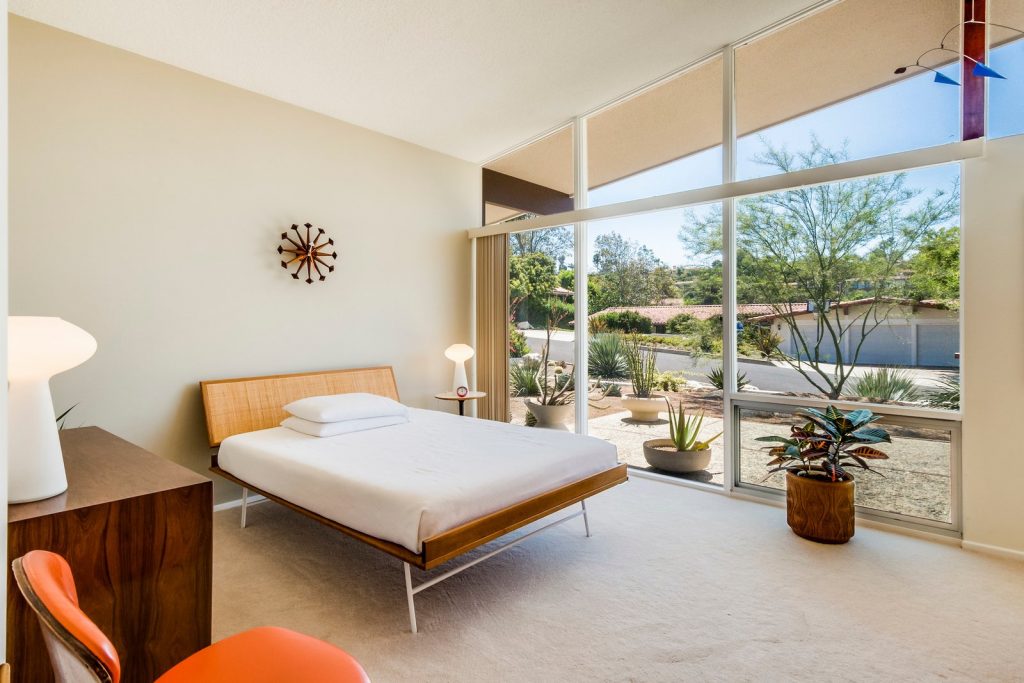 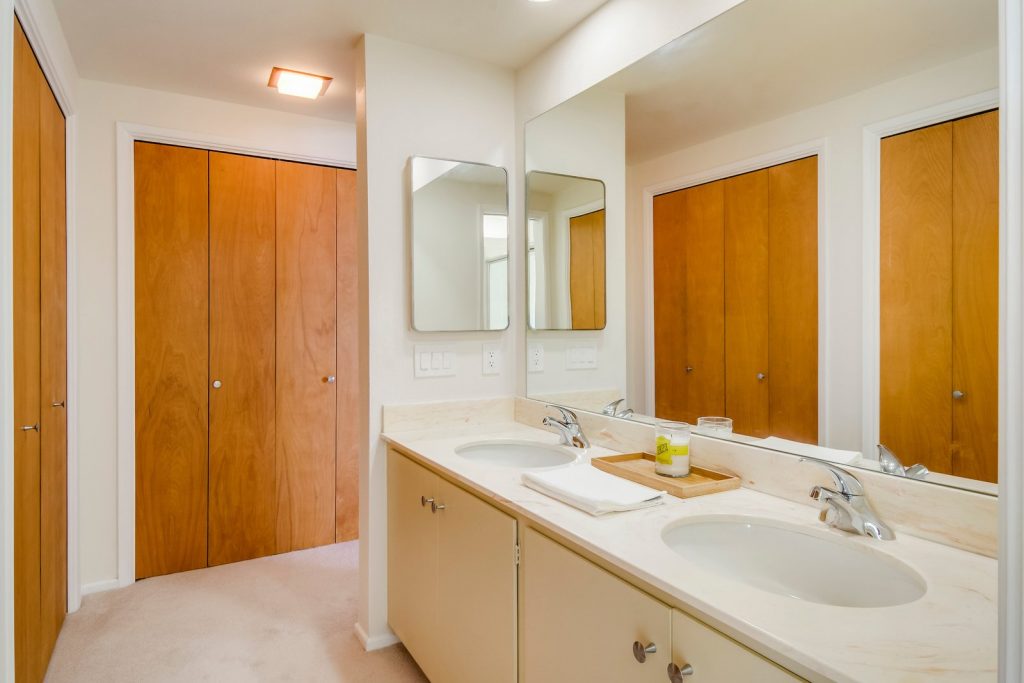 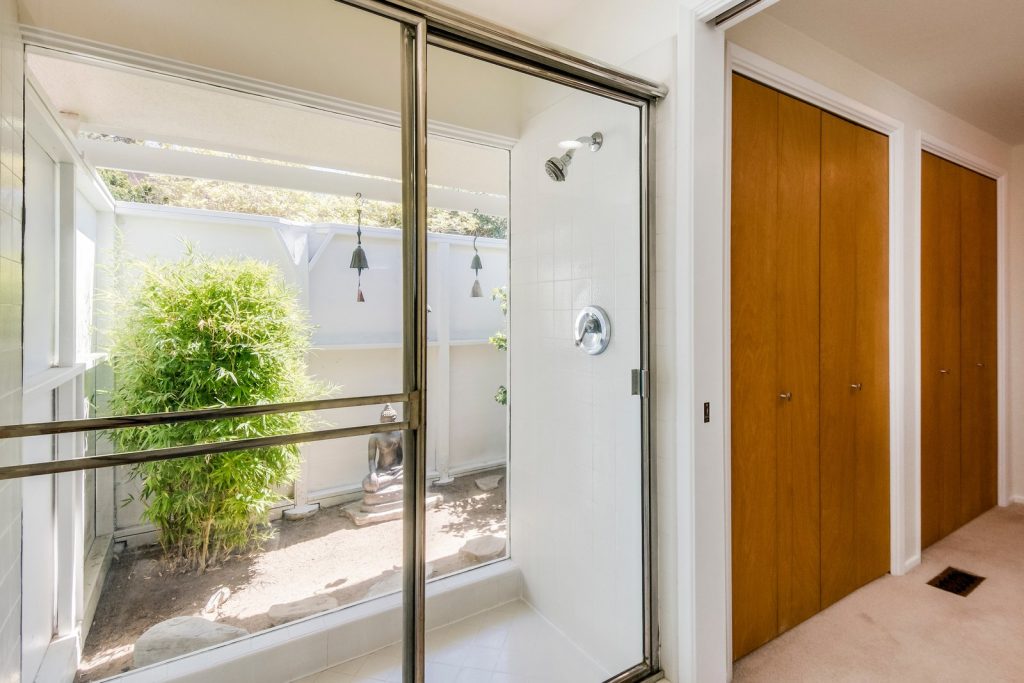 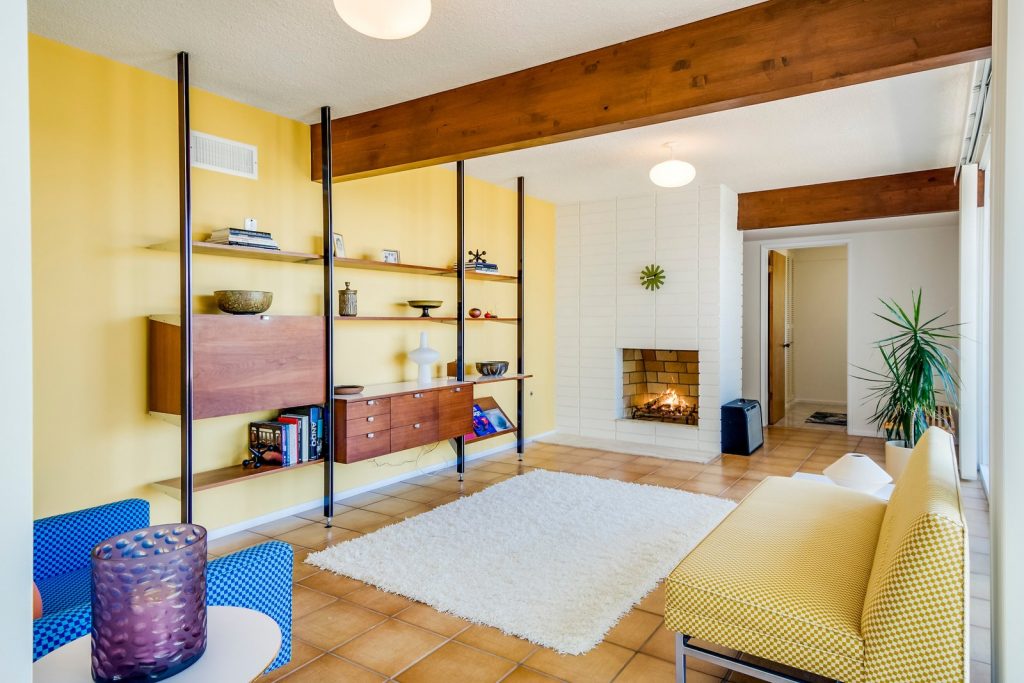 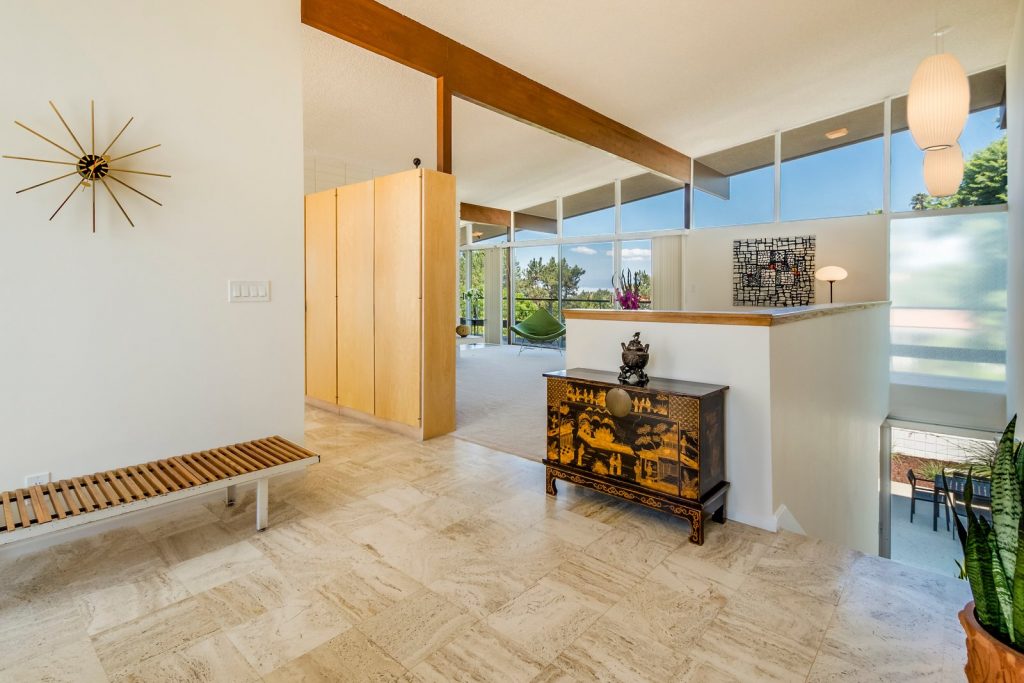 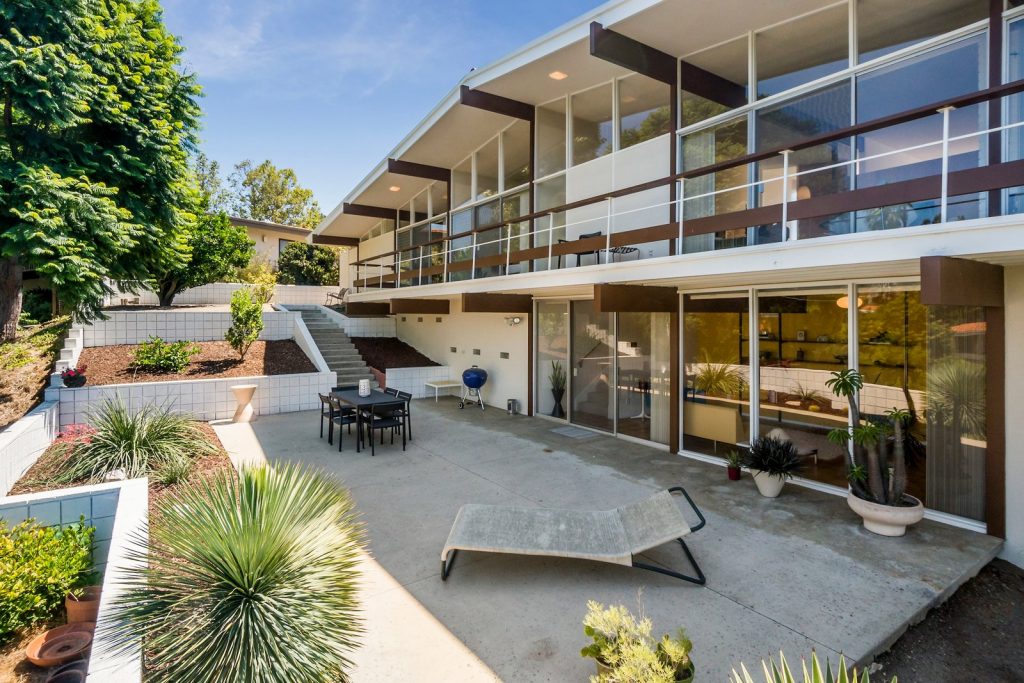 Highlights of the property include four bedrooms, three bathrooms, and expansive living areas that are framed by walls of glass. Many of the original features of the home remain intact, including a double-sided fireplace, living room built-ins, original bathrooms and closet doors, and exterior windows and glass sliders.

Celebrating and preserving the original architectural elements, the current owners made very few changes, all of which were tasteful and strategic. They updated the kitchen with warm walnut cabinetry, modern Fisher & Paykel appliances, and Caesarstone quartz countertops. They also integrated functional upgrades, including a newer heating system and energy-efficient window glazing.

The lower-living level, which includes a second fireplace, opens to the tastefully-landscaped backyard for indoor/outdoor livability. Drought-tolerant landscaping accents the backyard. The rear elevation features impressive spans of glass, original to the home.

This article was written by Byron Loker and originally appeared on Dwell.  Check out more of their content on Dwell.com.